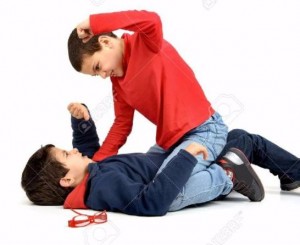 Why do we take a child’s behavior at face value? We know there are reasons why adults behave badly. There are reasons why your child misbehaves too.
We’re great at calling out our kids for their misbehavior, but rarely do we take the time to look into what provoked that behavior in the first place. We just want it to change, and so we use some type of manipulative tactic (rewards or punishments) to try to get the behavior we want. Seldom does it work-at least in the long run. The behavior alone is only the tip of the iceberg. It’s what lies beneath the surface that needs our attention-and also where real change occurs.
We’re quick to say things like, “He’s just doing that to get my attention” or “She did that for no reason at all.” These statements indicate we do not understand behavior. First of all, why wouldn’t a child want your attention 24/7? When he is dismissed or yelled at for going after it, he gets the message that he’s bad for wanting it.
There is always a reason for unacceptable behavior, whether we see it or not. You may never know what it was that provoked a particular behavior-maybe another child called your child a name in school and she’s taking it out on her little brother. The important thing to know is that there is always a reason.
Children are very impulsive and their emotions get the better of them a great deal of the time. We certainly say and do things we don’t mean, don’t we? Let’s give our kids that same leeway. They make lots of mistakes. We needn’t treat their actions as inexcusable.

Here are some possible reasons for why your child misbehaves:

Your job is to understand what emotions lie beneath the surface of the water and not simply react to the tip of the iceberg, to only what you see. First connect with your child’s feelings whether or not you agree or think they are justified. “You think what I said is unfair.” “You get sick and tired of your brother being around.” “It’s really hard to think you’re not as smart as the rest.” No buts, no reasoning. When you deny their feelings–“You are just as smart as everyone else”—you add to the feelings of alone and misunderstood. When you connect, your child feels understood and accepted. Then she will be willing to see how she could have handled it differently.
When your child misbehaves it is your signal that your child is HAVING a problem, not BEING a problem. When we address only the behavior, usually with some form of punitive reaction, we add insult to injury. Why would she want to change her behavior if she is made to feel bad about herself? As Jane Nelson of Positive Parenting says, “If we want our children to do better, why do we think we must first make them feel worse?”
No matter how unjustified or wrong you think your child’s emotions are, that hurt, that desire, that feeling of being misunderstood, unacceptable, a disappointment are the feelings he has. He wants to know you understand what it feels like. When you can help him feel normal for having big feelings, he will feel okay be more willing to cooperate and learn.