At home, they fight the rules and argue every direction given. Parents complain they never listen, won’t do as they’re told and refuse to comply. At school they are considered disruptive, attention-seekers. The problem worsens with reprimands, isolation, and punishment. Counselors are brought in but counseling that typically focuses on training the child to self-control, keep emotions in the “green zone”—messages that unintentionally say You’re not right the way you are. This “help” further identifies the child as the troublemaker, the one who can’t get along, the one who isn’t like the others who don’t need a counselor’s help.

Q. How should I respond to a child (12yo) who is always late (takes too long to get dressed, takes long showers, keeps skipping breakfast because she takes too long to get ready for school) and she responds: “I am lazy”. What can I do to assist her in being more motivated to be on time?

A. The cause of being late likely has one of three motivating factors. Motivating her to be on time will require a dig into why she is always late rather than focusing on simply the fact that she is. The phrase “she takes too long” leads me to think that you are setting an expectation that she cannot meet right now—and making a judgement that she is wrong. We typically look at behavior and define it as good or bad and react to the behavior accordingly. In doing so we miss the most important factor: what provoked the behavior.

To determine what the motivating factor is in this case, you want to know:

1) Is it school she is resisting?

2) Is the transition from home to school difficult?

3) Is it her innate slow temperament? 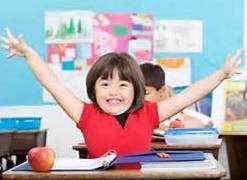 With a new school year approaching, it’s time to start thinking about helping your children be as successful in school as they can be.

That includes resisting the temptation either to push children beyond their means so they fear never meeting up to your expectations or to neglect staying involved so they feel unimportant. In other words it means meeting your child where he is — be it deep in anxiety and school resistance or excited for new challenges.

Meeting our children in the present can be the toughest challenge of parenting. Fears keep us setting expectations for the child we want rather than the child we have. School success becomes unlikely. Fully accepting your child — right now — puts you in a more influential place.

In my book, Confident Parents, Remarkable Kids: 8 Principles for Raising Kids You’ll Love to Live With, one principle states, “Behavior is your clue”. Behavior is what we have to tell us how our children are doing — whether or not they feel in balance with themselves and with their world. When a child feels balanced, her internal needs are met and her behavior reflects that balance. When a child is behaving unacceptably, it signals an unmet need. In other words, the child is having a problem not being a problem.