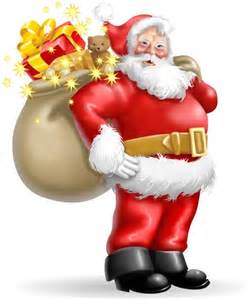 When long-held childhood beliefs are dashed, parents need to pick up the pieces and initiate children into the keepers of the secrets.

“Mom, you’re the tooth fairy, aren’t you?” accused my nine year old daughter out of the blue one morning holding the evidence in her fingers. Molly had conducted a private test after finding an old tooth (who knows where). She put her tooth in the appointed spot. But this time the tooth fairy had not taken it, nor left money in it’s place.

Busted. “Yeah, it’s true,” I said smiling to myself. This was not hard. She was clearly old enough to know that there was no fairy who flew in her window to leave her money for a tooth. She was disappointed but her disappointment was tempered by her pride in her detective skills.

Molly followed me into the bedroom while I was making my bed. From the opposite side of the bed, she said, “Mom, if I ask you a question will you tell me the truth?” Here it comes, I thought. Amazing. This was exactly the same setup (across a bed my mother was making) and the same wording I used to ask my mother way back when.

“Yes, I will,” I said thinking again that she was definitely old enough.

When Molly was seven, having heard something at school no doubt, she asked the same of her father. “Papa, if I ask you a question, will you tell me the truth?” His answer was, “Yes.” “Is there a Santa Claus?”

My husband hates (to put it mildly) the Santa lie. So he had no qualms about answering, “No.”

Bless his heart, he answered, “Well, what do you think, Moll?”

“Oh, I think there is,” she confidently replied. “Well, you’re probably right,” he said, disappointed that he had to live the lie even longer. But he got it that she still needed to believe a little longer (and that I would kill him if he destroyed her belief).

So here was Molly at nine—having held onto her belief two years more. I thought she was ready.

“Actually, no…” was as far as I got before she threw herself onto the bed, tears gushing as if our dog had died. She yelled at me, “You’ve lied to me all these years!” I looked down at this forsaken child, took a breath and said, “Molly, do you wish you had never believed in Santa Claus?”

She let up on her sobbing momentarily and said quietly, “No.”

Ah, vindicated, I thought. She’ll come around quickly. Then with renewed outrage, she threw herself further across the bed and cried out, “And I suppose you’re going to tell me there’s no Easter Bunny either!”

There it was—all three icons of childhood imagination dethroned in about five minutes. My heart filled with compassion and broke wide open. Molly had crossed a very special threshold to join a new group of peers—the keepers of the secrets.

The capacity to believe in something you can’t see or touch—from a gut feeling, to a higher power, to one’s inner self, to the invisible bonds of family, to hope for the future—is necessary to survive and thrive in our often chaotic world.

A child’s eager belief in something as illogical as Santa, monsters, imaginary friends, super heroes, the aliveness of stuffed animals and dolls, the tooth fairy, or a giant rabbit bearing eggs signifies a developmental need to believe in something beyond the human spectrum. Fairy tales have survived for centuries because they validate a child’s fears and imagination. May we learn from the purity and loyalty of a child’s beliefs and never belittle them.

We must hold carefully and tenderly our children’s beliefs, even if they are inconvenient or fly in the face of logic. We must perpetuate the child’s capacity for make-believe in order for their growing imaginations to take them far.

Children believe in Santas and tooth fairies as long as they need—often beyond a sibling, friend or even parent telling them otherwise. Allow them to grieve the great and deep loss that it may be. Never belittle their imaginations. Allow their capacity for belief to transcend to greater unknowns that are with us for life. Celebrate the maturity that carries them across that great divide from make-believe into the world of logic. Readiness varies enormously. When it comes, be there with compassion and understanding so they too will become keepers of the secrets for their children.