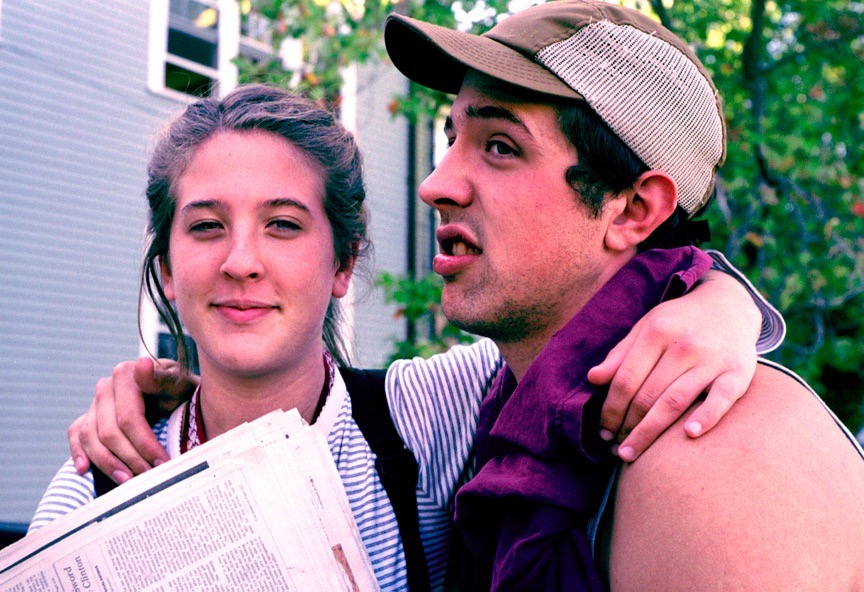 In reading through my journals from my kids’ childhoods, I came across this story. In my opinion, this is how parenthood should be understood.

When my daughter Molly was nine, she and I were having a conversation about envy and jealousy. She always was a little philosopher with amazing insight. I asked her if she ever still felt envious of her older brother Casey like she had when she was younger.

Note: Casey always had an easier time of it—in school, with friends, with us, with life. Once she grabbed ahold of his beloved Dukes of Hazard (remember them) matchbox car and wouldn’t let go until my empathy (“You want that car and don’t want to let it go.” I had no idea why.) prompted a flood of tears. “I just want to be Casey,” she cried as she opened her hand to give back the car.

She plunged right into talking about the time when she wanted to be him. She explained how she would give him something she didn’t want anymore, and if he liked it, she would want it back. She told me that Casey taught her “the basics” and because she loved him so much she would always go along with him and like what he liked. Now, she explained at her ripe old age of nine, she was more herself and could decide for herself what she liked.

“Like Nirvana. Casey loves them and I hate them,” she said. “But Bob Dylan. I didn’t really like his music, but because Casey did, I decided to let him take me along, and then I decided that I did like him after all. But Nirvana, I never liked them even when I tried.”

She explained how Casey would always lead the way for her and then she would decide for herself. “And then sometimes we would go off on different tracks, and I would be looking down at my track and then all of a sudden I would look up and there would be Casey. But I was there because I wanted to be, not because he said I should be to be cool or anything or that he wouldn’t like me if I wasn’t. He would teach me the basics of what was cool and then I’d follow and then I’d be able to decide for myself.”

It occurred to me that what she was describing was a connected, balanced parenting approach: A gentle guiding influence always there teaching without force or insistence, so that the growing child can internalize the learning, follow that influence and then have the freedom to use that learning to decide for oneself the best track to take.

Another philosophical riff of Molly’s a few years later offered more about effective parenting. “I think a parent’s job is to take their children to the crossroads,” she explained. There are many different paths to choose from there. The child chooses one path and the parent’s job is to support that child along that path.”

Out of the mouths of our babes come some of the best wisdom. We need to be still enough to listen and trust in order to discover and follow that wisdom. We must get off our own high horses of rightness (I’m the parent. You must listen to me.) thinking we always know what is best, and dictating orders before we can truly take in what is right in front of our noses.

Why are we so afraid to listen? Why do we think they can’t possibly know anything about what’s best for them? Because we have been sold a bill of goods that children are only wild and out of control unless tamed by rewards and punishments.

In order to have a cooperative relationship with your child, you have to risk not being right about everything to give them breathing-room. They require a lot of that, especially the strong-willed child. Being a guide rather than a police officer is a hard switch when you believe that everything is your job and you must maintain control at all times. When your children do not feel forced but instead feel your strong support, they will be eager to follow your influence.