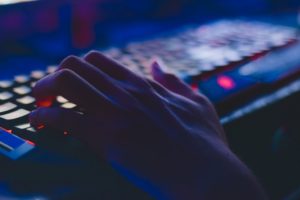 Gaming and computer usage is probably the hottest topic in parenting. I have said much about it and share some articles here, but there is nothing like the horse’s mouth. This mom of an 18 yr. old son and two teen daughters, commented on my Facebook Group so eloquently that I asked her if she would write more about her experience. Below is just that. I couldn’t have said it better, so I share it with you:

My son is now 18 and we had a talk recently about gaming and Fortnite specifically as we seem inundated with commentary around parent’s frustrations and concerns about the amount of time their kids are spending playing this game. It was a fascinating chat as we have some perspective now and can reflect on what worked and equally importantly what did not work well managing his love of gaming growing up.

Looking back, my seminal moment came when he was 16 and wanted to use his own money to build a PC for gaming. He is now able to reflect on how we approached screens — this part was not always comfortable to hear — and how gaming now fits into his life as one of his many interests, hobbies and passions.

He has always gamed, and this was a real hot spot for us. We all argued about it – my son and I argued, his Dad and he argued, and my husband and I argued about how long he was on line or whose turn it was to get him off! We valued family time, and him having multiple interests and balance, so we set rules which have always been simple and clear: A maximum time a day, one screen at a time (no double dipping), never in the bedroom (in the kitchen until he was a teen) and only after chores and homework. The consequence for not getting off was that the time was further limited the following day. 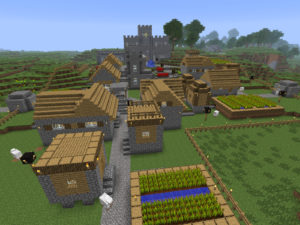 The biggest lesson that I learned when he was younger was to try and engage. It never worked to shout from the next room or give no notice when it was time to get off. A better strategy was to engage first with what he was doing (perhaps asking to see his Minecraft creation), agree on a 5 or 10-minute warning (a timer worked well) and acknowledge him for the tough task of getting off. I tried to remain calm but clearly did not always get it right. 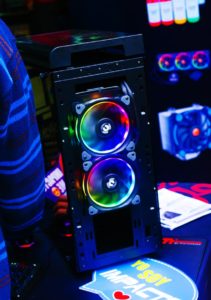 When he was 16 and asked to buy and build his own gaming PC, the answer was quite simply, NO, as surely that would just lead to more focus on and time online. He was angry and frustrated and wrote a long email setting out all his issues around my approach to his gaming.  He pointed out, and I realised during the “discussions” around this new PC, that I just did not “get” his love and interest in gaming. He told me that this was his hobby, that I never understood or liked it (did I know the names of the games he played?) and that I had no trouble being involved in his sisters’ interests (I made it known that riding was a much healthier pursuit!). I only ever saw and brought up the negatives without taking any time to appreciate that he enjoyed the strategy, the action and the fun while finding new friends and feeling part of a community. He even added links to research and articles that highlighted the benefits of various games.

He reminded me that he did well in school, had other interests, and kept to the limits and rules. And he was right! I needed to address my own issues and show the empathy he deserved.  Deep down (and not so deep down!) his gaming was a real button pusher for me. I worried that he loved gaming too much. I would react badly when he needed help getting off. I realize now that I was extrapolating to a life addicted to gaming and his subsequent ruin. 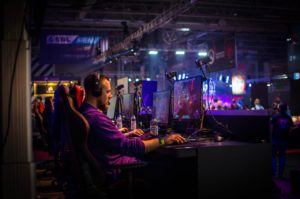 He did get his PC and through many conversations (the two-way kind) about why, where, when and how this PC would be used, I gained a deeper understanding and closer connection with my son.

For his part, when he looks back he can now see that the limits were an important part of learning self-control, although he still thinks that I was at times too rigid and didn’t completely “get it”.  He acknowledges that just as in the off-line world kids need to be taught and learn safety, self-control and resilience, they do need these lessons in the on-line world too. Just as they won’t learn from experience if they never leave the house, they won’t learn how to manage their on-line life unless they are allowed on-line with appropriate boundaries. 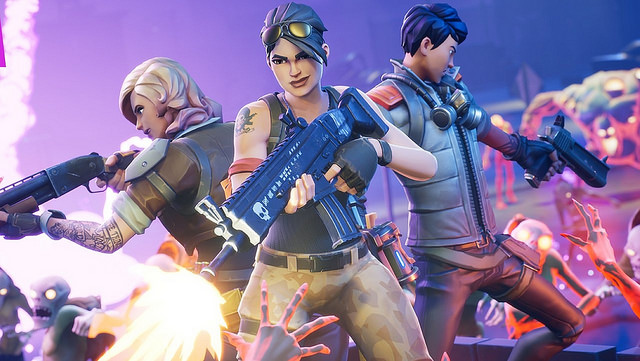 So, what about Fortnite? According to my son, it’s compelling as it is cross platform, it’s free, it’s simple and team oriented yet strategic and the objective of being the last man standing is fun! It is however just another game – as Minecraft was for him growing up. So, the same principle applies. We are trying to teach on and off-line resilience as there will be another Fortnite in the future.

A few of our suggestions:

If you do Facebook and are committed to being a more connected parent,  join the Connective Parents Together Group and I will bring you into the group.

Here are my articles on screentime:

Give Up Screentime Fights

And an answer to a reader’s question:

The When Your Kids Push Your Buttons Audio Course
Have you ever asked yourself, “Why did I DO that??”
Wish you knew what else to do?