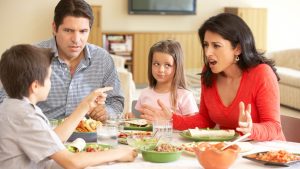 Are you exhausted and overwhelmed by your clever little manipulator who fights you every step of the way, won’t take no for an answer and will not be told what to do? Do the words stubborn, demanding, disrespectful, disobedient, and argumentative come to mind? My guess is you have an Integrity Child* as opposed to that delightfully easy Harmony Child* who makes you feel like the best parent in the world.

In my humble opinion, understanding your Integrity child could be the most important job you will ever do. Orchids* (1 in 5 children)—my term is Integrity to incorporate a broader range—have the potential of becoming the brilliant revolutionaries of the world when given the nurturing their extremely sensitive natures require. When misunderstood and pressured to be different, they can become burdens on society as the very troubled and often addicted young people we fear raising.

As I see it, your Integrity child is born with an internal core of a sense of rightness and justice that drives his every mood and behavior. These kids try our very souls. And while we think they will never learn and we fear for their futures, what they are doing is demanding our personal responsibility and integrity. But it’s hard to see that from the trenches of daily battles.

Having both a Harmony and Integrity child myself and counseling parents of Integrity kids for many years, I have learned what these kids need to thrive.

Problem: Your young immature child’s sense of rightness does not mesh with what it will become as an adult. He seems defiant and willful and does not hesitate to lash out if he feels wrongfully treated. It seems only right to a four-year-old who just had his Lego building destroyed to slug the perpetrator. While you argue, yell, threaten, and punish to get him to do as he’s told, you get screams of It’s not fair, I hate you, and You’re mean or stupid. After the 5th power struggle of the day, you throw in the parenting towel and declare failure.

Key: Know that he cannot, not will not, capitulate to a request that counters what he believes right—his sense of integrity. Integrity kids work by a their own set of rules. Your power struggles will stop when you understand that. You don’t have to follow his rules, or even agree with them. Simply understand and acknowledge their importance to your child. You worked hard on that lego building and felt furious when it got knocked down. He will not be forced to listen and obey. When you try to get him to see it your way, he argues and resists. When he feels understood and connected, he will work with you. Next time that happens what could you do instead of hit? 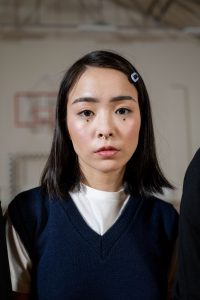 Problem: You think you must break down that hard shell that continually fights back. You think what she’s doing is trying to get control, and you fear losing control over her as her words get louder and more dramatic.

Key: The fights and meltdowns are your Integrity child’s way of demanding your respect—what she doesn’t get when you yell, threaten, and manipulate her. In fact, that hard shell is the suit of armor she puts on every morning expecting battles. Her extreme sensitivity requires the defense she puts on to protect herself. When you change your perception of her from rude and obstinate to defending her pain and switch from anger to compassion—the nourishment she demands—her defenses can melt.

Problem: There are times when he says the most amazing things, when his wisdom seems beyond his years. Integrity kids are deeply perceptive and intuitive. Sometimes his immature intuition will become a tirade on something that makes no sense to you, and you struggle to get him to understand your explanation. But he will dig in his heels and argue with an energy that either exhausts you or catapults you into a rage.

Key: Mirror his logic. Get into his head. Oh, I get it. You think I’d rather be with your brother than you. So of course you get angry when I do something with him. Mirroring does not mean agreeing. It enables him to hear himself think, to bounce ideas off the sounding board you provide. It’s got to be hard to have a brother who seems to have such an easy time. Your acknowledgement normalizes his feelings so he can relax. Then he can hear your side.

Problem: She can fight with a fury and then fall apart when getting out the door in the morning. Transitions can be hard. Remember her sensitivity in all situations. She may have a heightened sense of smell, taste, hearing and texture that can cause havoc around food, clothing, and stimulation.

Key: Never pressure her to eat something she doesn’t like. Let her pick out new clothes as fabrics can feel like rough sandpaper. Loud noises may dysregulate her. Understand how hard it can be to switch internal gears to leave home, leave you, and get herself into a new environment. When pressured she can become anxious. She may be nervously anticipating the unrealistic expectations of others.

Problem: You have answered his ridiculous request with a perfectly logical ‘no’ and he erupts.

Key: Remember your Integrity kid will not take no for an answer. Find a way of saying ‘no’ without saying ‘no’. He will not hear any explanation that follows a ‘no’. Sounds like you really want me to play that game. I can’t do that now but let’s look at the calendar and mark a time that works for both of us. Acknowledge his wants even if it’s candy. Of course you want candy. Why wouldn’t you? I’m not going to give you any now but let’s decide when you can have some. You don’t have to fulfill his wants but let him know there is never a problem with the wanting.

Problem: Telling your Integrity child what to do or say will never work.

Key: She has to feel she belongs. Start by giving her choices so she has some power. Use problem solving to work out any issue as it is all about fairness and logic. You want x, I want y. How do we make it work for both of us? Involving her opinions, even if she doesn’t get exactly what she wants will go a long way towards compromise and cooperation. Never say, You can’t do that, which is a threat she will fight. Instead, That doesn’t work for me or I don’t like that calls on your integrity.

Problem: You feel disdain and disrespect from your Integrity child.

Key: Your Integrity kid is hypersensitive to anything that smacks of dishonesty or illogic. He wants the truth and can see through platitudes and false praise like, I love that. It’s beautiful or Good job. Be clear, factual, and responsible with your words and behavior. Never try to hide or sneak to avoid a meltdown. Integrity kids want honesty and authenticity even when it hurts. You can usually get away with We can’t afford that with a Harmony child. Don’t even try it with your Integrity child. I don’t want to buy that for you is better, especially if you have validated his want first. Finishing with…so how can you find a way to get one? poses a challenge, which he loves.

Problem: This is the child who pushes your buttons again and again.

Key: Holding strong boundaries is imperative. Being responsible means standing in your own integrity. Don’t ask her to take care of your problems—Just stop would you? Why can’t you ever think of anyone else?—and do not try to fix her problems. Once she gets that problem solving never means losing, guide her with questions that put her decision-making into play. What is it you want? How can you make that happen? What do you think will happen then? She is likely to disdain and thus say disrespectful things to a parent who backs down, gives in, and is always walking on eggshells—and then exploding. She will keep on pushing your buttons until you get that those buttons are yours to heal, not hers to leave alone. If you can take ownership of your buttons and work to defuse them, you will emerge a far better person. Your Integrity child is the best teacher you will ever have. 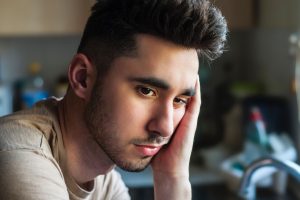 Problem: His behavior has gotten out of hand. He is angry and retaliatory most of the time. Your home has become a war zone. He may scream and swear at you, and even threaten hurting you. Integrity kids can throw barbs that cut deep. He resents his Harmony sibling to the point of cruelty. You have gotten into a pattern of only yelling, taking things away, or ignoring him.

Key: Understand that unacceptable behavior is your clue that he is in pain. He has come to believe he is unacceptable, bad, wrong, and unloved. All he can do is demand in a loud and dangerous voice because he feels so powerless. Don’t take his behavior personally. Learn to interpret words and behavior by looking beneath the surface to the emotions that provoke behavior. Find compassion for the pain. An environment of anger, threats and punitive measures is not supportive of any child, but due to his sensitivity, the Integrity child can be quite damaged and suffer greatly under punitive methods. NEVER punish or threaten an Integrity child. He will punish you back. It is the most unfair, illogical thing he can imagine. Your work at this point is to admit your mistakes, acknowledge that you have misunderstood him and want desperately to change your relationship. It will likely take time and consistency for him to learn to trust you.

When your Integrity child feels understood and supported; when she feels “gotten”, not necessarily agreed with; when she is spoken to from a place of your honesty and integrity, she will respond cooperatively. She may always be frustrating and argumentative, but when she is launched feeling confident and comfortable in her own skin, you will be dazzled by her capabilities.

Next month, watch for the keys to raising a Harmony Child.

*Integrity and Harmony are my terms. They are based on the 30 years of scientific research done by Dr. Thomas Boyce and many colleagues culminating in his book, The Orchid and the Dandelion: Why Some Children Struggle and How All Can Thrive. The Orchid is 1 in 5 children. The Integrity child is not quite as extreme and is more common.