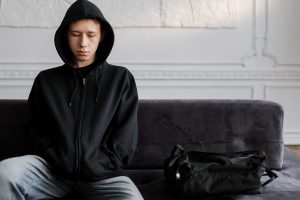 My proposed solution is simple: don’t waste a lot of time and money pushing kids in directions they don’t want to go. Instead find out what weirdness they excel at and encourage them to do that. Then get out of the way. ~ Seth Godin

Q. What is the best way to respond to my 12 yo son who refuses to go to school? It started after he had 2 teachers who focused on the things he couldn’t do. We eventually pulled him and put him in private school but that only worked for about a year. We pulled him altogether last year on the advice of his therapist. Virtual school was a nightmare, and we were taking care of my dying father in the house too. It was too much. He really hates school. He is super smart but has dysgraphia, ADHD and anxiety so he really struggles.

A. I imagine there are a lot of kids this pandemic has pushed to the surface who were falling through the cracks pre-Covid. The silver lining of this struggle may be that you have come up against a dead end with traditional school before serious problems arise for your son in high school. This is a tough problem but one that needs solving sooner rather than later.

School doesn’t work for every kid—for an awful lot of kids actually. Never lose sight of the fact that the #1 preventive measure for teens avoiding the tragic pitfalls parents fear most is connection with a caring adult. Those fears that rise up—my child is never going to graduate, he’ll be a bum the rest of his life, he’ll be living on welfare, he’ll never fit in—often keep you in control mode and away from that much needed connection. I applaud you for pulling him from school and having the courage to buck the system. And I understand your fears.

Now the question is what to do. This takes creative thinking, which may be close to impossible alone. A parent has myopic vision when it comes to figuring out what her child needs. Getting other opinions can be frustrating but also can help you look outside that box.

It may take some time for your son to be able to reconnect with you and trust that you have his back no matter what. You have highlighted one of the biggest problems for kids—teachers and parents who focus more on what kids can’t do well rather than what they can. Your job is to put your focus on what he is good at and what he loves to do.

Unfortunately for a lot of kids who are unsuccessful in school, what they love the most is escaping into cyberspace where they have control over their world, and no one is telling them what they’re doing wrong. We must help and support them in finding what does work and give them authority over what they can have control over in the real world. Unfortunately, it’s all too common that that authority is taken away from them when they don’t do what a parent or teacher thinks they should.

To begin just work on letting him know you are there for him. That means forgetting about what kids are supposed to do. Success comes in all shapes and sizes. You have no idea what he is capable of, given his full potential. Think of all the world’s great geniuses who never finished high school. What does he love? Music, building things, sports, physical activity, philosophizing, fixating on insects, or yes, computer games?

If he is distraught and feeling unsuccessful at this point, it may take time for him to find out what he loves. He needs to trust his world first and that always starts with you. If you support what he loves, he will feel gotten—and that includes video games. Then he will trust his world more and branch out to find what is meant for him. Many of us enter adulthood scared and unsupported so we grab onto any old job out of fear.

Dysgraphia may mean that speaking and recording are his best modes of communicating. Those with ADHD can multitask easily. (Check out Ned Hallowell’s work on ADHD. He believes it’s a blessing rather than a curse.) I predict that if your son begins to feel understood and 100% unconditionally accepted for who he is by you, his anxiety will diminish. That is not an easy task nor is it to say his behavior is acceptable. 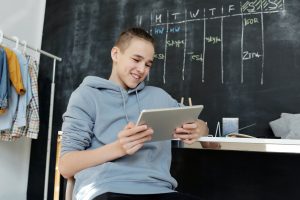 Unconditional acceptance is for who he is and who you trust him to be underneath his defensive behaviors. You accept that given his current circumstance in life and how he feels about himself, his behaviors are understandable and self-protective, and his frustration, feelings of failure, and possible self-loathing are at the root.

Once he feels okay about himself, his blinders will open to see possibilities so he can find his way. It is so sad that society does not provide this acceptance for all our children. Some pockets are working on it and have exciting new educational modes. See if you have alternative schools available to you.