An email was sent out to every parent at our local middle school the other day saying that one of the sixth grade male children wished from this point forward to be addressed and accepted as a girl. She had been dressing as a girl at home for some time and could no longer tolerate continuing to pretend being a boy at school. The email was honest and clear, sent by the administration. I am left holding my breath for this child who will be the object of curiosity and perhaps the brunt of ridicule as the news passes among her fellow students.

A day later, I read an article online, “What’s so bad about a boy who wants to wear a dress?” The parents of this boy sent an email to all the parents in their son’s preschool announcing that he would be wearing a dress to school. This child sees himself as a boy but enjoys dressing as a girl. When he was four, he called himself “a boy and a girl.”

“Some days at home he wears dresses, paints his fingernails and plays with dolls; other days, he roughhouses, rams his toys together or pretends to be Spider-Man. Even his movements ricochet between parodies of gender: on days he puts on a dress, he is graceful, almost dancerlike, and his sentences rise in pitch at the end. On days he opts for only “boy” wear, he heads off with a little swagger.” 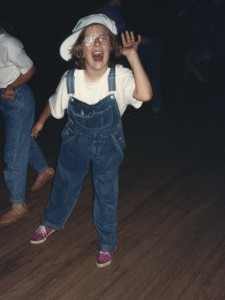 Had this story been about a girl wanting to dress as a boy, no announcement would need to be made, no worry about bullying would cause a parent sleepless nights, in fact, no one would even notice—even if that girl considered herself a boy. It is the boys wishing to be girls who are seen as stepping down in rank.

Parents of boys who are either transgender or living in what one psychologist has termed “middle space”, are claiming that gender is a spectrum rather than two distinct categories. Yet even the most liberal parents who fight for gay rights and women’s equality feel uncomfortable when faced with a son who wants to dress and play as a girl. But isn’t this new generation of liberal parents who are willing to swallow their discomfort and practice what they preach, who are allowing their children to follow their natural tendencies, at the forefront of a new way of looking at gender. Are we willing to go with them or is it too much to ask of a people afraid of and disturbed by such a change?

Fears have taken over in the past—not only fears of “what will people think?” but also of the heckling and bullying their children will inevitably face at school. After all, isn’t the likely insecurity imprinted from ridicule worth coercing a child, especially a son, to dress gender-specifically and play only with boy toys? When do fears lead parents in the right direction and when do they interfere with what is?

The parents of the child in my local community, who have accepted that their biological son so strongly identifies as a girl and has for many years, are standing tall behind their child’s wish to come out in the school community. My guess is that with such strong support at home, she will be prepared for the storms that are likely to occur at school and have the tools to deal with them. She has the encouragement to be herself. We can only imagine what the parents have confronted in themselves to arrive at this point, and it is that inner conviction, courage, and knowing that will sustain their child and help her find her way.

With the strong movement for gay rights and legalization of single sex marriages, I believe we have crossed over into new territory that is being driven by one’s inner convictions as opposed to society’s approval ratings—and that that must be a good thing. We will still have our fears and doubts but when we can put them aside to listen to those inner callings, we must be on a path to healing.

I would be most grateful for your thoughts and comments on this topic. Do you have a child who lives in gender “middle space”? What do you think you would do if you did?

4 thoughts on “Are Gender Lines Getting Blurrier?”