How to Set Limits Effectively 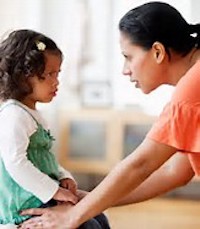 Wouldn’t you like your job of parenting to be easier and less draining? Sound impossible? It may be hard to make the mindset shift to understand how to set limits without rewards and punishments but it can change your life when you begin to trust your children and let them learn from their own mistakes.

I can talk till I’m blue in the face about the benefits of replacing punishment with problem solving, but parents still say, “But what do I do when my child is behaving badly?”

We are so enmeshed in the reward and punishment mindset that we can’t see the value of a more responsible — and effective — way to set limits on our kids. We are too afraid that our kids will run wild and never learn unless we threaten them, put them in time out, take away privileges, or use arbitrary consequences to keep them in line. We know that respect and cooperation is gained when we show them respect and cooperation, but in the moment, we “lay down the law”. And I’m not talking about being permissive.

Setting Limits are important so our kids know what to expect, are kept safe, and learn that others’ rights and needs are as important as theirs.

And because young, egocentric children can’t be expected to be considerate of others and control their impulses. But really the reason we need to set limits on our children is because we don’t live in tribal cultures where the village literally does raise the children; where babies are on their mothers’ bodies until they can crawl away; and where safety factors have to do more with wild animals than automobiles and dysfunctional people.

In most uncivilized tribal cultures, children were all brought up the same way. Basically they were trusted to follow the rules and customs of the tribe as modeled by all older children and adults. Expectations were uniform. Mothers were always working alongside other mothers and roles were clear. Consequences were only natural. If a child did something wrong, the group members simply looked on with disapproval — enough to let the child know he had done wrong. Nothing even needed to be said. The Continuum Concept by Jean Liedloff is an inspiring read.

As soon as we started imposing arbitrary tactics of manipulation to get children to do what we want them to do, we broke that all-important trust. The reward and punishment techniques we use tell our children that they are not capable of behaving in the way we want, and so they must be trained. They learn a dependency on us to tell them whether they are good or bad. Training comes externally, but wanting to do the right thing is internal. External control undermines internal guidance.

But in modern society, we do things differently and independently of others. We must get our needs and rights met as well and must insure a certain amount of cooperation to maintain that balance. This is accomplished through problem solving in the form of the question, How can we make this work for both of us?

When children are trusted — yes, their behavior can be annoying and inconvenient, but that is our problem — they have an amazing capacity for meeting challenges and solving problems. Their behavior only turns negative when they have obstacles of our distrust and criticism put in front of them. We cannot give children the unconditional trust they need in order to behave as expected if we punish, threaten or blame them. And when they no longer feel trusted, they learn to behave in an untrustworthy manner — the manner to which they have become accustomed.

A new way of thinking about setting limits:

Please leave your comments and let us know what you do about limits in your house.