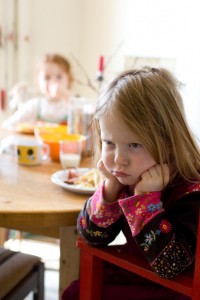 Whenever I talk to parents about ending the use of rewards and punishments, I hear, “But doesn’t my child have to experience a consequence for her behavior?” Sounds logical; sounds appropriate. The problem is most parents don’t allow the kinds of consequences that actually teach lessons—natural ones.

Natural consequences of behavior often bring with them sadness, anger, disappointment, even failure for our children, which sometimes reflects negatively on us. We will do anything to avoid that—even by punishing. Taking away a privilege often shuts down a child’s unpleasant feelings or coerces corrected behavior—so we get what we want and think it’s working. Leaving our children to the natural consequences of their behavior may feel like abandoning them to the wolves.

Handing over the job of homework to your child may mean it doesn’t get done or turned in on time. Can you allow that? When children are hitting each other day in and day out, are you willing to learn how to facilitate conflict resolution so they learn to work out their own problems or do you insist on taking something away, blaming one of them, or enforcing separation? Far easier.

If your child screams, “I hate you” and you isolate her or tell her she doesn’t get to watch TV, she feels unheard, misunderstood and very angry. She is trying to tell you something that she does not have the ability to say more maturely (hmm, do you ever react with an immature emotional outburst?) You will be more responsible when you genuinely listen, get to her level and say something like, “You sound so mad at me. You wish I had said something different, and you don’t want to get ready to go.” Now she will at least feel heard and thus be more likely to cooperate.

Do you ever feel motivated to cooperate with someone who holds power over you by threatening what will happen if you don’t do what is asked? No. You may do it—but out of fear of the repercussions. That is not cooperation. That is not coming from a desire to help and support.

What about simply saying, “I don’t like that. That’s not okay with me. You clearly want X and I want Y. How can we make this work for both of us?” That requires time and negotiation to resolve a problem. It also means you have to be willing to say “No, that doesn’t work for me. What else can we think of?” It also means establishing a trusting relationship so that your child stays in the problem solving discussion because he knows you will work it out fairly and logically. It’s much easier to just send him to his room.

Children thrive on fairness and logic. Fairness does not mean, liking it. But when it makes sense they are more likely to buy into it. Taking away an iPhone because your son didn’t empty the dishwasher when you asked makes no sense and therefore provokes resistance and anger.

Saying, “As soon as the dishwasher has been emptied, I will be happy to take you to your practice. Let me know when you’re ready” does not make your son jump for joy, but it is the logical outcome if emptying the dishwasher is an agreed on chore.

The natural consequence for not unloading the dishwasher as promised is a parent who doesn’t feel like fulfilling the next request of the child. “I see the dishwasher still needs emptying. I will get you a snack after I see that has been done. Until then, I don’t feel like helping you, when you don’t help me.”

Offer choices so your child doesn’t feel ordered. Nobody likes that. “I want the dishwasher emptied so I don’t have to do all the clean-up. Is that something I can count on you for or is there another part of cleanup that you would agree on?”

When we threaten, take away privileges, or isolate them from us, we are breaking connection and harming our relationship. If your spouse began ignoring you or calling you names, I doubt you would tell him he can’t use the computer for the weekend. You would know there is a problem with the relationship. Why should it be any different with your child?

Notice that there is not one threat or statement of blame in anything I have suggested. Firmness in setting limits, in expecting help, in getting cooperation never needs blame, threat or consequences.

When you blame, your child has no option but defense, which comes in all shapes and sizes. Ignoring you, conveniently forgetting, resisting, defying or even laughing are all defense modes. But when you are honest and say it like it is, the fairness and logic of it communicates well.