A new school year is worthy of setting intentions

(scroll down for Questions and Answers)

As much as I hate to think of summer ending, it is time to be thinking about the new school year beginning. ‘Beginning’ is a concept worth giving thought to. To begin is to start or start again. A new start should not be marred by old expectations.
Whether your kids are going to school for the first time or are in high school, a new school year marks a new beginning. And isn’t it always a new beginning for you as well? Of what, we don’t know, but new hopes and fears emerge at this time of year.

To start the year off right, pay careful attention to the following:

What are your hopes and fears about each of these topics? Can you share them with a trusted partner or friend and always put them aside when you talk with your child?
Be sure to send your children messages of confidence and competence. Let them know that you trust that they want what’s best for them as much as you do. Give them the opportunity to begin again fresh. We can always begin again.
And don’t sweat the small stuff. Although it may seem huge now, a failing grade, a lost homework assignment, a missing library book, a bad test score is only about right now. Resist the temptation to catastrophize and assume that your child is NEVER going to pay attention, listen to instructions, stop losing things, get organized, care about grades, etc.
What we all want most for our children is that their school experiences are good enough for them to continue imagining, creating and always being interested in learning new things-and having the confidence that they always can. 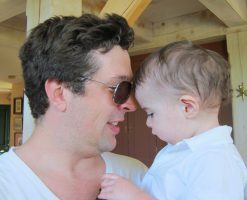 Q. My 13 mo. old daughter wants to be held all the time and gets very upset when she isn’t. She’s very curious and wants to see what’s going on at the counter level. When we set her down, she screams in outrage. My instinct is to give in to these demands as she just wants connection. But my husband fears if we do, she will learn to scream to get her way. I try to kneel down and talk to her “Mama hears you, I will pick you up as soon as I’m done” but she’s screaming so loud she can’t hear me.

A. There is no question that holding her gives her the connection a baby craves. And of course sometimes you can’t. She is not learning to get her way. At 13 months she does not have the brain capacity for manipulation. That is an old-school idea we had before we knew what we do about children’s brains and their needs. Trust your instinct. She needs connection as often as you can give it. If her needs are not met, that is when she will learn how to be manipulative as she gets older. Keep in mind that tribal cultures carry their children all the time while the mother works. You might want to try a backpack or some kind of carrier. Whenever you can’t hold her, be sure she’s safe and perhaps talk to her about what you’re doing so she feels that connection. Don’t try to reason with her. She can’t hear that. 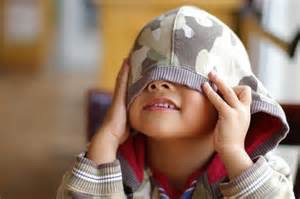 Q. I have read your theory about lying, which I like, but I don’t know how to apply it to my own situation. My son turns five soon has been lying. He has a twin sister. He lied at school by taking something that belonged to the teacher, and when the teacher asked everyone to check their pockets, he did not admit that he had it. He came home and showed it to me and made up a whole story about a friend giving it to him. When I said I would thank the friend he started to tell me not to, but he still didn’t come clean. It wasn’t until his sister saw it that I realized what happened. I asked him then and he admitted it. He has broken things and always says he didn’t do it. I ask over and over and then he admits it. I know you would say that I shouldn’t ask over and over because I have now made him to believe himself a liar. The thing is, he does admit that he is afraid to tell the truth. I have started to tell him that if he tells the truth, he may get one consequence but if he lies there will be a second, more severe consequence – another thing I think you would say not to do. So for instance, if he told the truth he may just get a timeout but for lying he gets the timeout and no dessert. I think he understands but he still lies—often a few times in a row! How do I teach him to stop lying at the same time teaching him that lying is wrong?

A. Your 4 yr. old has no idea what lying really means and certainly does not do it to cause harm. He doesn’t “come clean” because he is afraid of getting in trouble. He has even told you this. Therefore make sure there is no trouble for him to get into. When you put punish him he only gets more clever about covering up what he did—exactly what you do not want. When he takes things, it’s because he wants something. He is very impulsive and does not yet have the self-control to resist temptation. Some kids can at his age. But many cannot yet. In other words he is actually behaving appropriately for his age—taking what he wants, when he wants it. Think what you mean by “coming clean”. What do you expect? Telling you that he took something when he knows you will put him in time out? This is one of the main reasons (there are many) why I advise against punishment of any kind. And that includes time-out or taking away a desired object or event. Your expectation is unrealistic. Take the word “lie” and “lying” out of your parenting vocabulary and instead use telling or not telling what happened. He’s not lying, but when accused, he may dig himself deeper into a story to protect himself. If you want him to own up to the truth, why would you punish him for doing so? Do you see how that only makes him defensive? If he had no fear of punishment he would have no problem telling what happened or returning the object. To turn things around, remove any form of punishment and instead use problem-solving methods which will hold him accountable. When he trusts you, he will stop “lying”. In the meantime try, “I’m wondering if that is the whole story. Do you want to start again and tell me more about what happened?” When he does, simply acknowledge and tell him you will help him take it back. Maturity will eliminate the taking. 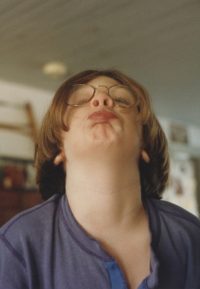 Q. My 9-year-old daughter, an only child, is difficult to correct and argues about everything. Sometimes when I point out something she said that wasn’t true, she will deny that she said it. She will not back down. (She once tried to argue fervidly with me on the correct spelling of Hawaii!) Or if I try to teach her something new, and she doesn’t do it perfectly, she says she isn’t good at it and doesn’t want to do it again. When she does succeed at something, she brags. I will ask her to do something like clean up her room (with specific instructions), and she will say “No. I’m not doing it.” She likes a clean room, but I can’t entice her with the positive end result. The only way to get her to act most times is to threaten to take away the iPad or TV. Then she says, “You hate me.” I try not to engage with “No, I don’t, I could never hate you, I love you” etc., but it is a trigger for me so I usually do. She is very negative toward herself, saying she can’t do things, she is ugly, she is stupid. She is a poor sport, always wants to win, slams doors and hits herself with her fist in the forehead when she is angry. I am trying to teach her family values of hard work, perseverance and kindness, but it is a Catch-22 because she internalizes any correction as “I am bad.” Help!

A. It sounds like your daughter is a perfectionist. She has her own definition of what doing it right means, and if she doesn’t meet that, she thinks she is bad, wrong, or stupid. Any criticism, even a corrective one, confirms that in her mind. She is compensating by arguing everything you say. My guess is she is quite intelligent and has very high expectations of herself. Your job is to understand how hard it is to be her. Give her compassion instead of frustration as often as you can. Let her know that you understand how frustrating it can be when you know how something should be and it doesn’t turn out that way. Don’t worry about correcting her spelling, etc. Her reaction means she is defending herself against being wrong and has nothing to do with the thing itself. When she wins, simply acknowledge and don’t go overboard with praise. When she doesn’t win, simply acknowledge her disappointment. Do not take things away from her to motivate. If you want her room clean, plan on doing it together and make it as fun as possible. Don’t argue back with her when she says she’s no good at something or declares that you hate her. Validate her feelings by saying something like, “It must feel really crappy to think that I don’t love you. I would hate that.” Work toward her feeling positive about herself now and let any teaching for the future wait. She needs connection with you more than anything right now and that means your understanding of what she is struggling with.

I never heard the world “boundary” until I took my first parenting class with you, Bonnie, when my daughter was three. In my family growing up, any emotion that anyone else had was blamed on somebody else. My daughter is one of those people with HUGE emotions and I was on an emotional roller coaster with her from the day she was born… and going out of my mind! One of the most important lessons I have tried to teach my daughter (now 15) and my son (age 11) is that we are all responsible for our own feelings. Much younger, my daughter was very upset and yelled angrily from the other room, “Have you considered that I’m angry because I’m dehydrated?” and stomped back through the kitchen for a second 20 oz glass of water. When she’s upset she still goes automatically to her “calming list” which we made together when she was 5. First drink water, second eat food, third go someplace to be quiet and alone, fourth do what makes you happy like watch a sit-com re-run on DVD (which has now been scientifically proven to be a great way to calm down since funny stories with KNOWN endings help people feel in control.) Yep… she was taking responsibility to get herself calmed down and was fine 5 minutes later.