Your Questions / My Answers

Should I use the pacifier for calming? 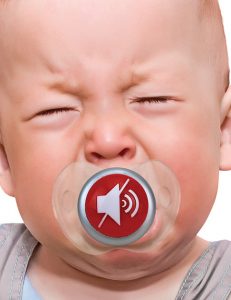 Q. My son is 2.5 years. My question relates to dummy use. He has always soothed through sucking! I breastfed until he was two. Then I fell pregnant just before his 2nd birthday so a drop in supply. I offered a dummy for nighttime comfort only. Lately he’s asking for it throughout the day. My calm, easy going little boy is experiencing lots of tantrums in response to minor incidents, like when we play and my assigned character does something he doesn’t like. After yelling what he thinks should happen, he often hits or kicks me and screams, ‘Where’s my dummy!? Get my dummy! Get it! Get it!!!!’. I’ll stop what I’m doing and find his dummy. He is instantly soothed. Tantrums are exhausting as I am nearing the end of pregnancy. I read your post saying that with a soothing calm presence, children will calm down, at which point we can say, ‘look what you were able to do, etc’ thus showing that they can get through and deal with difficult feelings. Is my son’s reliance on a dummy preventing him from learning he can calm himself? Could my pregnancy be related to his tantrums / need to soothe.

A.  I believe his tantrums have more to do with his developmental stage (he’s right on target) than you being pregnant, although that can enhance them. I do think it’s important to learn he can get beyond a tantrum without a pacifier. It’s much easier to give it to him now especially in your pregnancy, but in the long run it sets up his dependency on something outside him to calm. Let him know – not during a tantrum – that his pacifier will be used to help him go to sleep only. When he has a tantrum stay with him. When he screams for his dummy, tell him he has a right to be mad and he can get his mad out right here and right now. Don’t allow him to hit or kick you. Get away from him without leaving him or the room if you can. Tell him, “I won’t let you hit me but here is something you can hit (hold a pillow up in front of you).” His reaction to you doing something “wrong” in your character play is right on target. That type of play is his to dictate, and at two, his frustration can’t stand it not going how he sees it. And he can’t understand that you can’t see it that either! All good growing experiences. He will learn to manage frustration as development allows.

Things may or may not get better when the baby is born. Very soon, I recommend that you end his pacifier use. Wait until you get through this phase of tantrums without the pacifier. But it might be a good idea to end it before the baby is born—he will have enough taken away from him then (his mother’s undivided attention for one!) You also might want to wait until awhile after the baby but now is the best time to end it. You can send it to a friend who has a baby who needs one and then give him a growing up present.

Here is my short video on tantrums. 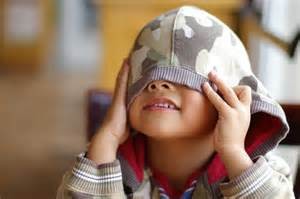 Q.  My 7 yo seems to be getting shyer. Her teacher is concerned about her socially. She has some regular friends, she’s articulate, active and bright. She can be awkward in interactions. She has an outgoing older sister who the 7 yo says is not like her because she makes friends. When she was younger she would wait for other children to come to her and invite her in and this seemed to work. She finds it hard to approach kids in cliques or make new friends. She doesn’t want to try new things because there will be people she doesn’t know. Invariably if I persist she enjoys it and gets to know the people over time. But this inhibits her experiencing, exploring and enjoying new activities. She doesn’t invite people over or get invited to play dates. From birth she would sit back and observe whereas her sister would move towards. What would you advise we do to best support her? She articulates it as a real problem for her.

A.  It’s so hard to watch children have a hard time socially and feel awkward about trying new things. But your daughter is shy and there is nothing wrong with that. Sitting back and observing long before engaging, means that she is an observer, not an anxious child. That’s what she feels most comfortable doing. To best support her, support that. Our job as parents is to give our children 100% unconditional acceptance for who they are and then take their lead. There is nothing wrong with being shy, quiet, an observer, introverted or active and aggressive for that matter. Unfortunately our society likes things big, and we worry about the quiet kids. The worst thing we can do as influencing adults is to show them our worry about who they are. That’s when real anxiety starts to build. You want your daughter to know that however she approaches anything is what is right for her at that moment. If you respond perfectly neutrally, she knows she’s fine.

Don’t force her into involvement if she doesn’t want it. It sounds like you are good at knowing when to gently nudge to get her into situations that you think she might enjoy. Stay gentle. Acknowledge how frustrating it can feel to have a sister who seems to take on things so easily. Let her know that you understand how hard it can be for her to watch as her sister, and lots of other kids, slide easily through life. You might point out something that she does easily that her sister may find difficult.

I bet she is very perceptive. Observers usually are. Let her know that when she wants friends, they will be there. It was true for my daughter. She didn’t make friends until high school when she was in a higher academic environment with other kids she could relate to better. Your daughter will find a nitch and in that nitch will be all the friends she needs – maybe it’s only one.

Your goal is for her to be confident. Then she won’t have to belong to any clique. Confidence will take her wherever she wants to go. Confidence comes from knowing she is just fine in your eyes. But she might not have a really good friend for a long time. That’s okay. She needs to know that’s okay so she doesn’t worry especially if others are worried about her. I recommend the book “Quiet” by Susan Cain.

Self-Loathing in the Pre-Teen Years 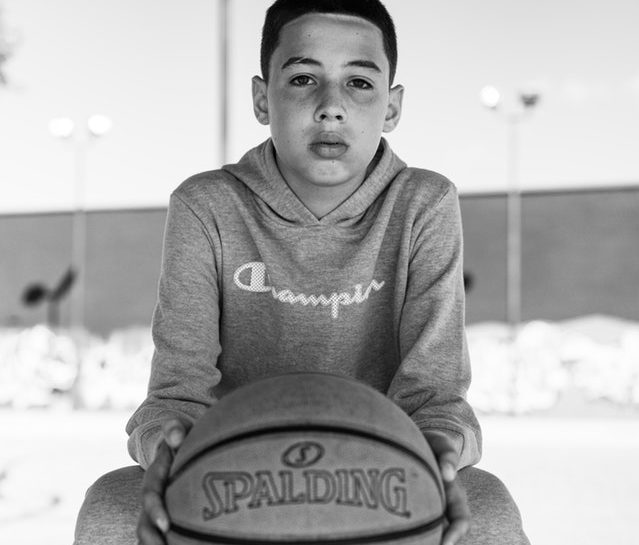 Q.  My 10.5 son suddenly told me he “doesn’t like anything about himself”. When I asked him what he doesn’t like, he said he can’t get his hairdo right – ever, doesn’t like his face because it’s weird – ok, those are unfortunately standard in our culture – But also that he has a “bad” family, that everyone in his family is mean and boring. I don’t know if that was a joke or an attempt to avoid answering my questions seriously, because it’s patently not the case. Then he said, “There is nothing I like about being me.” I said that there are lots of things I like about him. He asked me what. I said there was nothing bad. He said, “If there is nothing good about me, and there is nothing bad about me either, then I’m a nothing and what’s the point of being here.”I found it alarming because the statement was so totalising (not just a few things he didn’t like). I thought self-esteem was one thing going well for my son until now, and also because schools these days get kids to identify characteristics about themselves that they like to counterbalance the things they don’t. Are these statements that other young people make?

A.  I would wonder about two different possibilities. One is that he is simply down on himself as he compares himself to others – thru his own filter of course. It’s very hard for parents to meet a child where he is rather than where you want him to be. When you respond right away to “There’s nothing good about me” by saying there is nothing bad about him, you are denying his point of view. You are not being with him, understanding him, hearing him, so he is left with, nobody understands me. A better response is, “That’s got to feel awful and even hopeless to think that there is nothing good about you.” At least he hears you are listening and are connected. This gives him an opening if he wants to go further with his thoughts and feelings. You need to stay in that place with him until he gets through it. Then you might ask, “Would you like to hear what I think is good about you?” He knows you love him and will of course love everything about him so he might say no since it’s probably not important to him. If he says yes, be very specific about things he does. When you are truly empathic, seeing the situation through his eyes, you will respond as a neutral sounding board rather than a worried mother who is trying to cheer him up.

The other possibility is that he could be being bullied at school and is hearing nasty, critical things about himself. Don’t go right to the question, “Is someone bullying you?” but try instead something like, “Do you think other kids at school feel similar to the way you do?” or “I wonder if you get some of your ideas from things you hear at school.” Ask him general questions about his friends. If something is happening, you will be able to see it in his eyes or hear it in his tone of voice, even if he denies it.

If you suspect general depression ask him if he would like to talk to someone about it other than you. You also may want to give it a little time. If this happened suddenly, it might go away just as suddenly.