At home, they fight the rules and argue every direction given. Parents complain they never listen, won’t do as they’re told and refuse to comply. At school 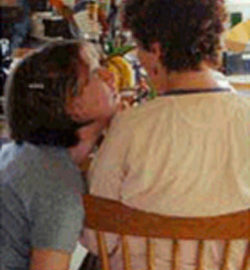 Communication is the core of the parent/child relationship. It makes or breaks connection. It’s not so much what we say but how we say it that conveys meaning to our children. We may want to get a point across, but tone of voice and body language determine whether the child hears what is intended or a different message entirely.

“What is it you want?” can be said with genuine curiosity and encouragement or with criticism and judgment. One reading tells the child, What you want is important to me. A different reading says, You are annoying. Leave me alone.

Good communication requires knowing when to ask questions and when to make statements. There are times for each. Usually we get it wrong.

Your child is upset. You know this because of her emotions or behavior. You want to know why, so you ask:

Or you can’t avoid the temptation to teach if you know what happened:

Did you ever have something really good happen that you had mixed emotions about? Ever dip into a panic right before you got married or had a baby?
Have you ever been offered a job you sought only to wish you hadn’t gotten it?
Have you ever had times when you are very emotional but couldn’t describe what you were feeling or why?
Did you ever think you were just plain crazy?

Of course you did.

Now imagine being two. Or four, or six, or twelve. In an immature stage of development, confused, overwhelming emotions spin around inside a child’s head like a tornado, the child doesn’t know what is happening, and the result is unwanted, inappropriate, out-of-control behavior.

If you were not experienced enough to know that this is only temporary, you’d probably think, “Is this how I’m going to feel forever?” Face it. At age forty or fifty you think that.

So when a young child is up and down emotionally, he understands his feelings a lot less than you do and has no way of explaining himself.