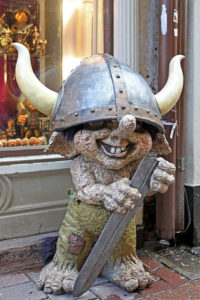 We all say and do things we don’t mean. How many times have you screamed or slammed a door or hit a child and moments later regretted it. You knew better, right? So how come you didn’t do what you wished you had in the moment? Because your fears and assumptions got the better of you, provoked your emotions, and your reactions were automatic.

Most of us get our buttons pushed. Maybe we forgive ourselves, maybe we don’t. So if we react more often than we’d like, why don’t we cut our children some slack? Children don’t have the benefit of adult reasoning or self-control. Wouldn’t it be smart to expect that your children will behave impulsively, even when they know better?

Of course you want to guide your child toward gaining self-control. Here is one method to reign in impulsivity with no more blame and lecturing.

Ask your child to tame his gremlin

Begin by asking your child if he ever thinks there is something inside him that makes him do things he doesn’t mean to do, i.e. hitting, kicking, screaming, throwing…. Something that takes control of him. If he doesn’t seem to know what you’re talking about or is not interested, let it go. Try another time with different words. If he says, Yes, continue.

Tell your child that everybody has a little gremlin inside that wants to take charge and do what it wants to do to run the show. Use an example from a time you said or did something you didn’t mean.

Now call on your child’s wonderful imagination and creativity wild with these suggestions:

One child described two different sized boxes red and blue, one the good box and one the bad. Another child described his as green and slimy with crazy eyes, and it lived in his soul. He calls it Bob. Another drew a picture of a monster and called it the BFA (Big F##ng A##hole – a take on Roald Dahl’s book the BFG). When he took it out, he smashed it with his fist. Another said hers was a black square with an X.

The first step is to remove blame. She doesn’t want to behave this way any more than you want her to.

Now you have something objective to blame. When the impulsive behaviors or fears happen, try, “Looks like your gremlin (name) is acting up again/is telling you things.” Let her put blame on it. Ask her why she thinks gremlin did the hitting/is telling her to be afraid. What would she like to say back? Did she try to stop it? Remember no blame, lecturing, or punishment (unless she wants to put gremlin in time out).

If she gets impatient with her gremlin, acknowledge how frustrating you know it is when you say or do something you didn’t mean and how it always feels good to you when you apologize for it afterwards. Don’t tell her to apologize — model it.

The second step – but not right away – is to help your child take responsibility for her gremlin. This will be easier when she doesn’t feel at fault and blamed again and again. When you move to step two depends on your child and how much she is into this and is able to take responsibility.

When you know you have her attention, talk about how our gremlins belong to us. They live inside us and even though they like to have all the power, we are much more powerful. We can tell them to stop. Gremlin has to know that it can’t get away with what it’s doing and saying. Perhaps talk about her gremlin as a pet that needs training. 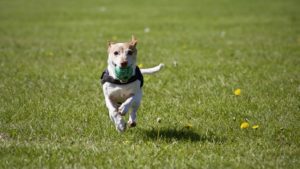 Talk about what can be said to tame it. In the best case scenario, you and your child can practice things she can say — at first after gremlin acts up, then, as she gains maturity, before gremlin acts up. Imagine it getting smaller and smaller. But be careful not to do this too soon so she doesn’t feel bad about it still getting the best of her most of the time.

When you witness a situation where she has controlled herself, tell her, “Wow, looks like you got the better of gremlin that time. You showed it who’s boss!”

You might even role-play with your child. Take turns being your child and the gremlin and see if she can both act out as her gremlin and take charge as herself.

Let your child know that because you are much older you have had more time to gain control of your gremlin. Hopefully you can tell your child that your gremlin is very tiny and meek and only acts up when you are really tired or have no patience left.

The goal is for your child to stop feeling blamed for impulsive behavior, to open up and learn to take responsibility for herself. You never need to tell her again that she’s not allowed to hit or kick — she knows that and hates it when you keep reminding her again and again. Think about how you hate it when you yell something you wish you hadn’t and someone tells you to calm down or stop it. When you blame it on gremlin, there is more room for learning.

Then she can take responsibility for taming her gremlin.

* Taming Your Gremlin® is a term coined by Rick Carson, the author of Taming Your Gremlin® first published in 1984. To tame your own gremlin, check out Rick’s website www.tamingyourgremlin.com. Rick approves of my approach to parents and their children and has given me permission to use his title for this article. Thank you, Rick.

Confident Parents, Remarkable Kids: 8 Principles for Raising Kids You’ll Love to Live With can help you shift your perspective of your child and his behavior so that your anger can shift to compassion and understanding — frustration probably; annoyance undoubtedly, but much less anger.

“Wait, aren’t I the parent here?” Using Your Parent Authority

Lesson: How to Give Up Punishment and Blame—Part 1

The Skinny on “Consequences”