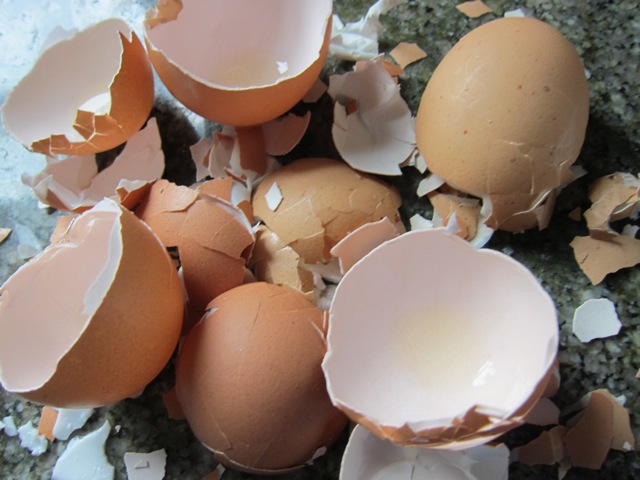 Ever feel that way? You try desperately to avoid the inevitable meltdown, the screaming “NO!”, the next “I don’t have to and you can’t make me” or the falling on the floor in a fit of tears—in the middle of the supermarket. I hear so often, “Everyday it’s the same thing. I can’t get my child to do anything I want. It seems as if I ask her to lift her finger and she falls apart.”

It means that you have to tread extremely lightly—or be so careful of what you do or say—for fear of breaking something extremely fragile. Is it your child who is so fragile or you?

Children who are strong-willed, have an extremely sensitive tolerance for injustice, hear “no” and think the world is coming to an end, and have a high need to feel in control of their surroundings are not fragile! Just the opposite. We are the ones who feel trod upon, attacked, bulldozed, punished, and shell-shocked. We don’t want to feel that way and so we try everything in our power not to set off the “time bomb”. In the meantime, we are sending our child a message of danger—“I’m afraid you are going to hurt me. You are someone to be avoided.” Granted, sometimes they do hurt. But the physical hurt doesn’t hold a candle to the mental anguish we go through, which is the #1 culprit in feeling exhausted and drained. Let’s examine.

In order not to feel attacked by another button-pushing incident, we usually resort to blaming/punishing/threatening the child for her behavior. We resist our child’s resistance, the cycle spins, and behaviors get worse—both of ours. What we need is to change the way we look at things.

What I finally understood with my daughter was that I had to let go of making her be who I wanted her to be; who I thought she should be in order to have a happier life, to get along with people, to be polite and respectful. Sound familiar? What I didn’t realize and what is so hard for parents to let go of is that I didn’t have to teach her that—she already knew it. What I did have to do was accept her 100% just the way she was.

That didn’t mean letting her do what she wanted anytime she wanted. I still needed to insure that my rights and needs were always met. But it did mean that I had to allow her to be herself, to do things and see things differently than I did, to think about things in her way, to have the fears she had that I wished I could protect her from, to be angry about things that I thought were not worth it. And when I did, when I got it…she was able to come into her own and be the person she was meant to be, not the person I thought I could design her to be. As it turns out, she did a much better job than I ever could have.

I no longer had to walk on eggshells when I knew that I didn’t have to change her. She was fine just the way she was. It was me who had to change. I had to stop being so fragile and so afraid of what she was “doing to me”. She could handle herself even though herself was having a very tough time of it. When I knew her tough time wasn’t my problem to solve, I felt stronger and way more together so I could be a much greater support to her in her fears, her anger over injustice, her problems—because now I saw them as her problems, not mine. I was no longer an eggshell.

When that strong-will arises:
• know that your child is reacting because it’s who he is—it’s not really about you.
• when anger, frustration, sadness and disappointment arise, know that this is your child’s problem and he is perfectly capable of handling his feelings—with your support and validation.
• when fears arise, acknowledge them and let him know you understand just how it feels and it’s no fun to be afraid—and you promise him that you will do everything in your power to keep him safe because that’s your job.
• when you see “rude” behavior, know that this is your child’s way of expressing frustration and injustice. First ask yourself if you are being unjust and change your way of asking. If it’s something beyond your control, acknowledge how he feels whether you agree or not.
• suggest how people (including yourself) might feel when spoken to in an abrupt or angry way and how it’s important to be considerate in order to get them to listen to you—then don’t expect it every time.

How to Pull Back from Helicopter Parenting

3 thoughts on “Walking on Eggshells or Shell-shocked?”