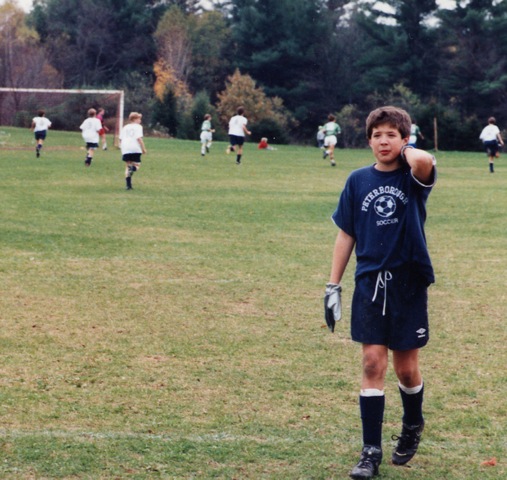 Last summer two teenaged football players in Steubenville, Ohio got a 16 year old girl beyond drunk, carried her from party to party, and repeatedly raped and abused her in front of many consenting friends. So “cool” was this, they joked and bragged about it in texts and on the web. They were recently tried and convicted, and the verdict has divided a small football-mania town, many of whom are furious at losing their star football players.

One of my proudest moments in my son’s life came when he was playing soccer against another town. My son was goalie and that day every ball sailed past him into the net. When the boys switched sides at half-time, a boy from the other team taunted him with, “You suck as goalie.” My son came back with, “Yeah, I guess I’m having a bad day.” Many parents would have felt embarrassed, wishing he had retaliated, even punched the other kid. I was proud that he was not ashamed of his temporary weakness. I was proud that he didn’t see his poor performance as a failure. I was proud that he knew how to deflect a hurtful comment and stand down a bullyish remark while standing incredibly tall. The wind was knocked out of the other boy’s bravado. My son came out the stronger of the two.

Sportswriter Dan Wetzel wrote for Yahoo News (http://is.gd/3PMV7B) that, “Rape, experts say, is a crime of power and control more than sex. Underlying all of that is arrogance, and in Steubenville it was taken to the extreme….A culture of arrogance created a group mindset of debauchery and disrespect, of misplaced manhood and lost morality.”

The culture of football made it like any other night in Steubenville for these under-aged football players. “They, according to so many locals, knew there were bars that would serve them, liquor stores that would supply them and adults who would look the other way. They were football players being football players…. They were allowed the freedoms of young adults, yet lacked the maturity to handle that freedom,” says Wetzel.

This is the culture of “toxic masculinity”, as Jaclyn Friedman calls it (http://is.gd/LHr95o), which I believe is responsible for misogynistic put downs and jokes, sexist discrimination, the on-going world-wide culture of rape, submission of women, and unequal pay for equal work.

Parents must start early raising boys to be respectful, open, emotional men. We must acknowledge how important it is to:

These interventions require self-reflection and vulnerability—something that does not come easily to men. But we must face what our culture is still teaching our boys and expecting from our men and link these acceptable standards to horrific events such as this.

The Steubenville teens are the sons of some very regretful parents. One absentee father took responsibility for what his son did. Not one of us needs to allow that to ever happen to our sons. We can and must put a stop to male entitlement once and for all.

2 thoughts on “Are You Raising Your Boys to be Men or Misogynists?”