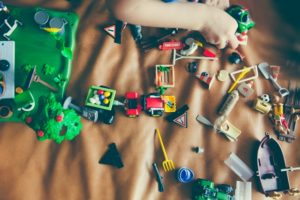 Q. I have two sons almost 3 and 5.  The 5 y.o. seems to take his anger out on his brother with some physical violence when he’s upset. After an incident, I take the 5 y.o. upstairs to his room and we talk about our family rules (respect others, respect ourselves and respect things) and about the feelings attached to the situation/hitting or kicking. He gets upset and doesn’t like when we go upstairs and often cries. I know his impulse control is still not there, but I want to stop him from hitting again and teach him it’s not ok. I try very hard to control my emotions. Sometimes he hits just to be a “pain in the neck” and bug his brother. I assume he’s doing it at times for our attention. Should I approach it differently?

A. Probably the reason your son gets upset when you take him upstairs and talk about the rules and how it’s not okay to hit is that he already knows that. But at 5 (and for a good long time to come) when he gets frustrated with his brother, he can’t do what he knows he’s supposed to. How many times do you say or do things you don’t mean? We all do, but we don’t give our children that out when they are stressed and impulsive and hitting when they know they’re not supposed to.

Reminding him of the rules when he is upset is like rubbing salt in the wound. He feels only blamed. You are going into reason before he can.

When he gets to the point of hitting, etc., it doesn’t mean he is violent or bad. It means he can’t do it any differently right then, not he won’t.

I would suggest not taking him to his room, just away from the situation. Don’t talk about what he should or should not do. Start by connecting. “It looks like you both wanted the same toy and you got really mad at your brother. It’s so frustrating, isn’t it, when he doesn’t do just what you want him to? It was just too hard for you to control yourself and not hit. You will be able to one day. Let’s think right now what would be something else you could do when you get that angry.” Then don’t expect him to do whatever you both come up with for a long while to come – it is a cumulative effect. Self-control needs maturity.

When you use this non-blaming approach with problem-solving your child will learn that when you intervene, you are going to be helpful and so even the physical one does not need to fear getting in trouble and thus going into defense mode.

When you go down the road of assuming he’s simply being a pain in the neck or doing it to get your attention, you then are forced by your thinking into the position of controlling tactics. Even when he’s just being a pain in the neck, he is still frustrated that he has a brother to deal with. Brothers are going to fight and hit each other. Do not expect that they won’t. It’s fine that they do. Unless it gets bad, it’s good to let them work out their rules with each other as they grow.

Check out my video on Navigating Sibling Relationships

Q. I am the head of a school in England. Something came up with one of my children (8 year old boy). His mother approached me with a request for me to speak to her son about stealing as he’d been caught at home stealing money from his sister’s piggy bank. I said I needed to think about this and was reluctant to get involved as I didn’t trust to break down the line between Daniel and his mother, and Daniel and school (e.g. Mum tattling on things that Daniel does at home by running to the headteacher). However, Daniel is a very complicated, very bright little boy. We have had ongoing concerns about him in school – being manipulative, disrespectful, poor attitude, taking things. His mother describes him as “without remorse” and “doesn’t care”.

A. You are very right not to address Daniel’s home behavior at school. He would feel very betrayed by his mother and neither home nor school would feel “safe”. Imagine how he must feel if his mom “tattles” on him. 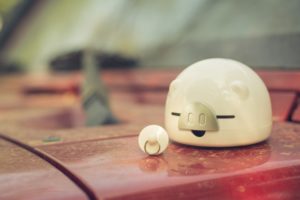 His perceived remorselessness and attitude that he doesn’t care is his learned defensive self-protection mechanism (unless he is truly non-empathic in which case an evaluation is in order). Most children choose defense mechanisms when they fear getting in trouble. Then their defensive behaviors provoke parents even more, punitive measures are made, defenses get stronger and the cycle goes on. At the bottom is a very hurting little boy. His “stealing” must be addressed first and foremost from the place of what it was he wanted, what he feared he could not get on his own, what’s going on between he and his sister, etc. when he decided to take money from his sister’s piggy bank.

Unfortunately, and with all the best of intentions, parents actually teach their children to lie and sneak in order to get what they want. We push our children right into the behaviors we use punitive measures to “protect” against. This is yet another example of why we must learn the damaging effects of the age-old reward and punishment method of parenting.

Q. Given our kids ages 15 through 21, could you describe what mutual respect looks like. And can you describe how you view trust and how it is developed when teens are not acting trustworthy. We thought it might be helpful to have an outside opinion on the matter to develop a more consistent approach.

A. Trust, mutual respect, and balance are the cornerstones of a strong healthy family. Your children are at the stages of desperately wanting independence yet are still dependent on the life-line of family for the basics, so values can hang by a thread but must remain strong. What is critical to maintain influence over teens is to remain trustworthy yourself—be someone your kids can count on to be there and not be controlling. Think of yourself as the mountain around which these tornadoes are storming. Do not get sucked up in the storms but stay rock solid as the mountain. Not easy.

Mutual respect does not mean mutual agreement. Underneath mutual respect is empathy—the capacity to see the other’s point of view and understand that their agenda is just as important to them as yours is to you. When we get reactive to what a child wants and does, empathy is less available. With angry reactions, blame and criticism, we send the unintended message that you are wrong, I do not approve of you, you are not good enough. When those messages are sent often enough, kids tune out, resist or implode and no longer trust those who do not understand them. Insecurity sets in and kids behave badly. It is so hard yet so necessary to keep believing in your child, who your child is beneath all the behavior, no matter what.

Much of teen behavior may feel like a slap in the face and a rejection of how you have brought them up. All those old beliefs about how children must do what you tell them rear up and yell loudly. Fear for their safety is huge and realistic. Influences from peers plague parents all through the teen years. Teens may be trying on different personalities to find out who they are and what they want. If they don’t feel comfortable in their own skin, they will keep searching until they do. But in that search, they need us to be the ones they can count on to remain constant, which is why I do not believe in “tough love”. This doesn’t mean letting them do whatever they want and not caring. It means that your limits and parameters must remain in place but MUST grow and change with them. 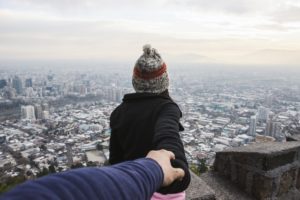 Acceptance is essential. It is more important than love—any child who is accepted is loved, but so many children who are loved are not accepted for who they are. Parents want their children to be who they think they should be. Message to the child: You’re not good enough, you have to do it my way. Acceptance does not mean agreement but understanding why or how something happened, understanding that mistakes are not crimes and that your children may see things differently. When kids do not feel accepted their need for belonging is at risk. That is what creates the battle. That in a nutshell is all they want from us, from anyone—acceptance and belonging—something they look for elsewhere if they don’t get it at home.

Our trust must be in their potential, in who we know they are capable of becoming underneath whatever their behavior might show. If the behavior is “untrustworthy”, they are likely unsure of us, or are afraid of what we will do or think of them. They may be saying, Do you trust me now, do you trust me now—how about now? We have to remain constant in our trust of who they are and what we know they ultimately want for themselves. When they know we trust who they are and their capabilities for finding themselves in this world, then how we respond to their behavior will be less reactive, will be understanding of the problem they are having, will be respectful of the person we know is hurting. Then how we deal with the behavior will come from that inner place of connection rather than rejection. From that perspective, exactly what we choose to do or say almost doesn’t matter. Mutual respect will prevail.

A Holiday piece for the season – Wishing you all peaceful and stress-free holidays!

Home for the Holidays: Stressful or Inviting?