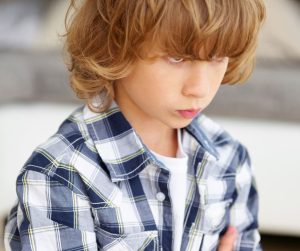 Q. My 9 year old boy’s behavior is driving me nuts and making me feel like failure. He is a strong-willed, smart boy, who will do anything only if he likes it. There are many things he decides he doesn’t like to do or eat, and there is no cajoling that can get him to give it a try. But my bigger problem here is his constant lying. He cannot stop himself from lying and sneaking. And this
behavior is only getting worse and more sophisticated as he is growing up. For eg, he loves cookies and most often eats more than what his share is. If I suspect that he ate them when he shouldn’t and question him, he goes on the defensive and outright denies it (even with all crumbs stuck to his mouth).

Another example is every night I ask him to brush his teeth. He usually goes
to bed without brushing, and when I check if he did what he is supposed to do,
20% of the times he tells the truth but the rest is either lies or some excuse. I
have told him innumerable times that I will not be upset if he just tells the truth.
But catching him lying will upset me and there will be consequences (which I
am running out of). We have started letting go of so many things in the hope
that will encourage him to tell the truth. But nothing seems to be working. He
is just turning into a habitual liar, lying even when there is no real benefit of
doing so! Can you pl. advise how we can help him get out of it?

A. It sounds like you have what I call an Integrity kid. This is a child who won’t
take no for an answer, won’t be told what to do, because he cannot do what
he is told if it doesn’t feel fair and logical to him. Integrity kids are born with
what I think of as a steel rod of their own sense of rightness, and they never
shy away from fighting for it—their integrity, which has not yet matured. Our
job as parents is to understand their particular “rightness” at various
developmental stages. It’s not that they won’t cooperate; it’s that their unique
system cannot cooperate when it doesn’t feel right. 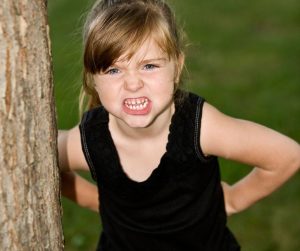 For instance, he wants cookies. He knows they are in limited supply, so he grabs what he can when he can. Then you come in with accusation. His experience tells him there will be a consequence imparted. Of course, he is not going to say, “Yes, dad, I ate more cookies than I should have.” He’s naturally going to defend himself because #1 he doesn’t want you to be mad at him, and #2 he will try anything to avoid the consequence. You actually set him up to lie by accusing him, asking him to tell you the truth when you know the answer, and using consequences to control behavior. Instead think: Of course, he wants more cookies. He loves cookies and has no internal shut-off yet. Kids don’t think about food that is not good for them for a very long time.

Of course, he doesn’t like brushing his teeth. He doesn’t care about keeping
them clean yet. When you set your expectations more appropriately for
him—his temperament (Integrity), his developmental stage, his learned
assumptions about getting in trouble—then your approach will change and
likely so will he.

Parent assigned consequences are unfair and usually illogical. He will never
take them without punishing you back. The fear of them either gets obedience
from a Harmony kid or wrath from an Integrity kid. The fear of your accusation
keeps him in self-protection mode. 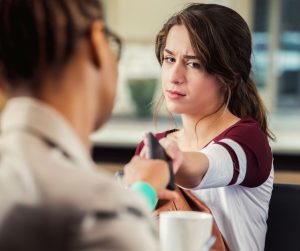 Your job is to make sure the temptations of cookies are not available to him. Once you let go of punishments and use problem-solving instead (fair and logical), which Integrity kids thrive on, he will eventually control himself. And until he is motivated to brush his teeth, you must be responsible for the motivation but not with fear of punishment.

Integrity kids want desperately to cooperate, please, and meet expectations. It’s just that they can’t, not won’t, do it your way if that way doesn’t work for them. It’s your job to understand and empathize so you can be considerate of the way he sees things. This doesn’t mean letting him get away with it. It means saying, You are a kid who loves cookies. I wonder how many you could eat before you got sick! I don’t expect you to understand that too many are not good for you. That’s my job. So I have to limit them. Bummer. Or, I saw a dry toothbrush in the bathroom. You sly fox! Come with me. Let’s get that done and then we can get to reading.

It means owning your job and acknowledging his point of view instead of
making him see it your way. The change required is your perspective of him
shifting from a habitual liar to a kid who is trying to protect himself. When you
understand where he’s coming from, he won’t have to defend
himself—something he has gotten better and better at doing. Then if he
doesn’t tell you the truth, your question becomes: What is he protecting
himself from and why? 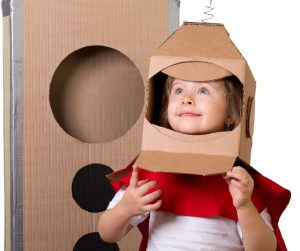 Read my articles on Integrity kids linked below. There are lots of attributes to these kids. Most parents don’t understand their sense of rightness and justice and see them as defiant and disobedient. This perception is far from the truth and can lead these kids down a very troubling path. However, once understood and given the nurturing they need, they can soar to great heights. I think of them as the revolutionaries of the world. But to help them requires us to change, not them.

9 Signs Your Defiant Kid is Actually an Integrity Child

Defiant Child or Full of Integrity?